Home Things to do Parks

Park Bulvar is favorably located in the city centre – on the Boulevard, a national park that holds special place in the hearts of Bakuvians. The Centre will be the main attraction of the Baku shopping experience offering 17,000 square meters of retail and leisure space, 6 screen cinema theatre, planetarium, food court and a supermarket. 550 parking spaces will be provided in the basement.
Park Bulvar will offer more than just shopping experience. It will be a place of leisure, where food, drinks, music and movies are as big as fashion. 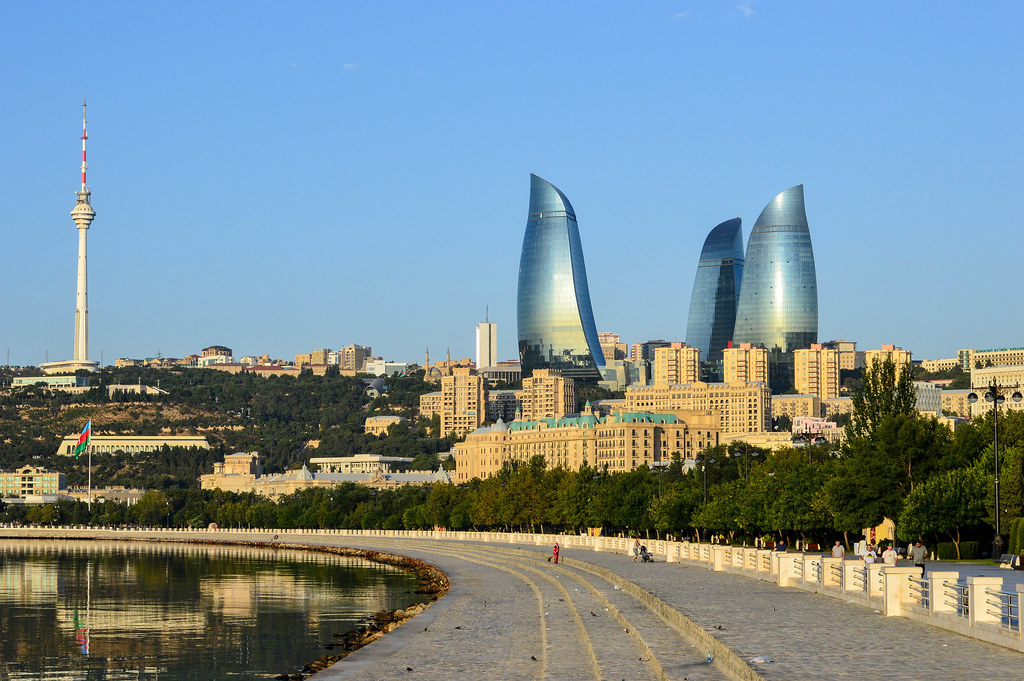 The park was established beginning in 1830; ship’s captains coming from Iran were asked to bring a sack of soil to add to it. It was extended in the 1860s and 1870s to 4.6 hectares (11 acres) and originally called Mixaylov bağı, Mikhaelovsky Garden, after the governor. In the early 20th century, there were plans to create a concert hall in the park, but the necessary felling of trees led to objections. A summer pavilion was built. The park was renovated in the 1970s and then further renovated beginning in 2007 on orders of President Ilham Aliyev. An old-fashioned fountain designed by the French company Inter Art has been added.

Highland Park, located in the heart of Baku and one of the favorite leisure places of the local residents, is regarded as one of the most beautiful parks of the capital city for a long time. Another commonly known name of the park among people is Viewing Square. In Soviet era, this park was named after Sergei Kirov. The one particular reason that makes the Highland Park unique is that it has a panorama looking over the city, Baku bay, Seaside National Park stretching along the bay. The park was built in the place of the old graveyard based on the design of architect Ilyin using the rich variety of limestone of the quarries of Baku. By the way, another old name of the park – the English park – is related to this graveyard. It is said that in 1920s, English soldiers who came to Baku after the Russian Emperor dethroned were buried here along with the victims of March events of 1918.Azerbaijan Independence Museum, Martyrs’ Lane where lie the victims of Black January of 1990 and those who were killed in Nagorno Karabakh war are located in the Highland Park.

Huseyn Javid Park The park named after Huseyn Javid is located in front of the Azerbaijan National Academy of Sciences. In the park the statue of Huseyn Javid was erected in 1993. The author of the statue is sculptor Omar Eldarov. The park was reconstructed in 2002 and 2008. As a result, several fountains composing water complex were installed in the park. The statue is surrounded by pools – two of them are in the front, the other three are behind it.

There is another large and tidy park in the center of Baku. This place where residents and the visitors of the capital city spend their time is called “Sahil Park”. This park was built in Soviet time and was known as “26 Baku Commissars Square”. Today there is a big and very beautiful, built in Oriental style, cup-like, three-stepped fountain in the park. The murmur of the fountain raises the morale of the people resting under the shadow of the perennial trees. Among these trees are palms, planes, ash-trees and others.This park is located in the center of Baku at the intersection of Khagani street, Bul-bul avenue, Uzeyir Hajibeyli and Rashid Behbudov streets, in front of Azerbaijan National Library named after Mirza Fatali Akhundov and is surrounded with historical buildings. Along the perimeter of the park are the buildings related to the names of prominent cultural workers of Azerbaijan. 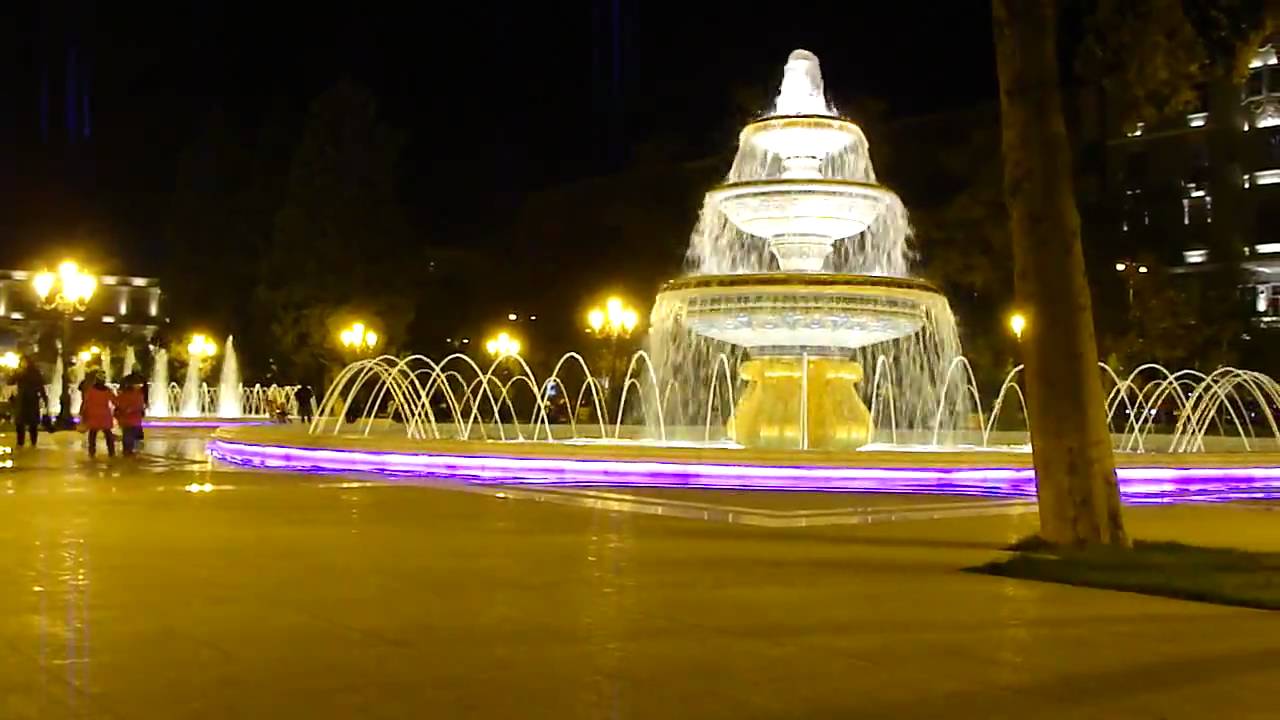 The official name of “Azim Azimzade” park is “Archaeological Park”. It is because of the archaeological remains of X-XII century found in the area. However, it is called the “Azimzade” park due to Azim Azimzade’s bust here. There is even a book shelf in the park. In the center of the park, there is a bust of the founder of cartoon art, People”s Artist Azim Azimzade and composition made up of his heroes created by famous sculptor Omar Eldarov. These heroes reflect the old city prototypes and shape harmony with the atmosphere of the old city.
Address: Bulbul, Baku, Nasimi, AZ1014 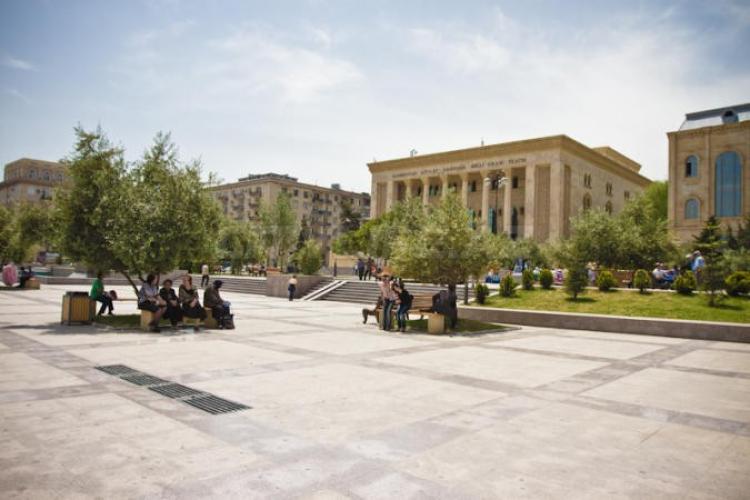 The park named after Ataturk, the founder and the first president of the Republic of Turkey, located on Fatali Khan Xoyski street, Narimanov district is one of the lovely parks of our city. Various trees, shrubs and flower especially adorn the park. The restaurants and cafés in the park are notable for their design and tidiness. Attractions are also installed in the park for children to have good time.